Open to all, environment-friendly, festive, familiar, situated in a magnificent Brussels site, Forest Sounds encloses the Belgian summertime in style.
Powered by Le Palais des Sciences (Antitapas Night), the BRASS (Cultural center of Forest) and the Municipality of Forest.

This year, the festival will take place without masks nor social distancing, so you’ll be asked several things at the entrance :

YOU’RE MAYBE WONDERING… WHAT EXACTLY IS A COVID SAFE TICKET ? 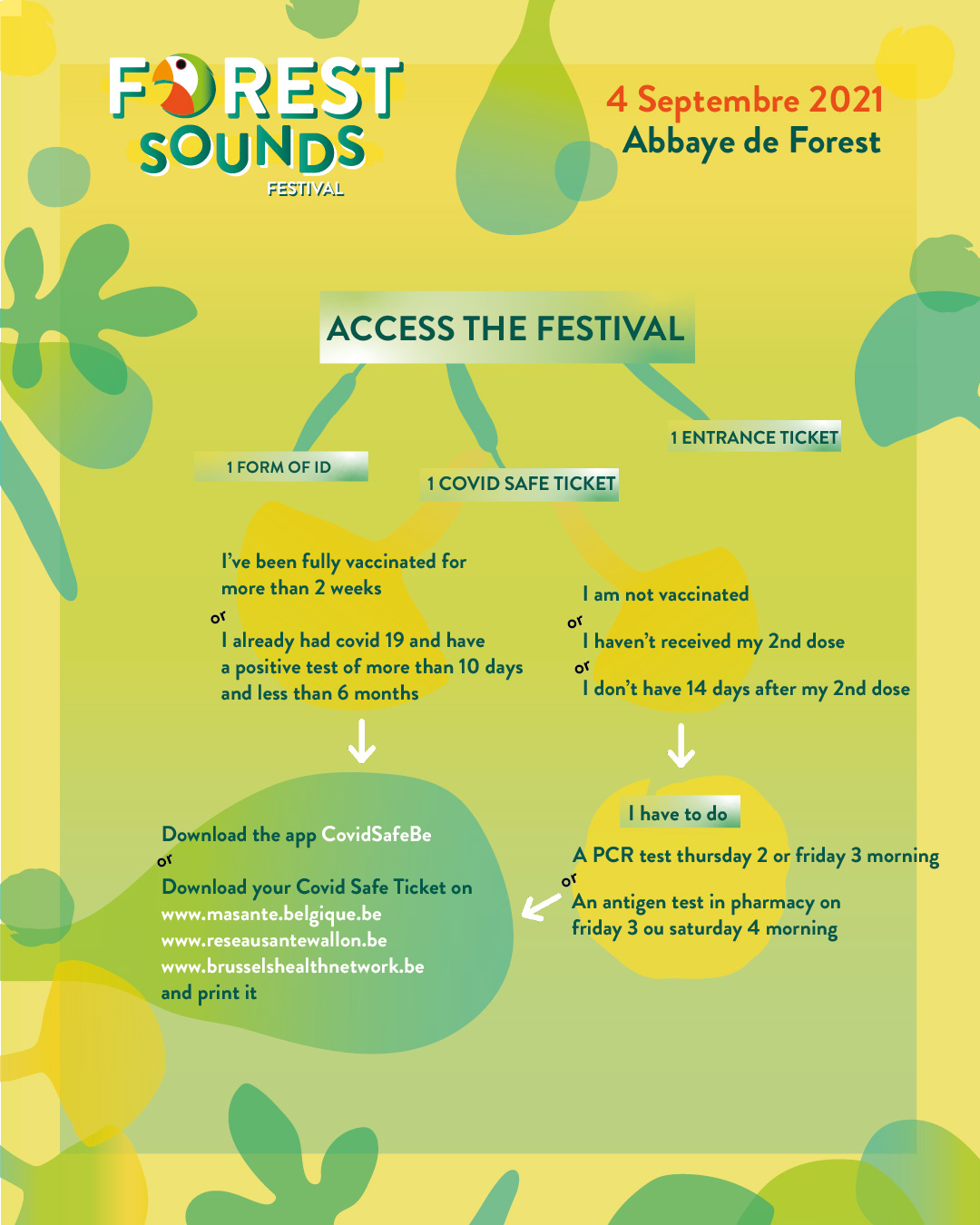 The site is easily accessible by bike and public transport. A bike parking will be placed near the main entrance.

Forest Abbey was a Benedictine Abbey founded in 1105, beside a creek, a tributary of the Zenne, southwest of the city of Brussels, Belgium in the municipality of Forest.

The abbots of Affligem Abbey, which had been the ecclesiastical owners of the parish since the bishop of Cambrai ceded it to them in 1105, decided to build a priory for women in Forest, which would eventually become Forest Abbey. The first prioress was named in 1239. Also in the 13th century, the Romanesque church of Saint Denis was rebuilt in the newer Gothic style. The neighbouring abbey church was rebuilt in the 15th century.

Much of the abbey was destroyed by fire on 26 March 1764.The abbey was suppressed on 8 October 1796 and sold the following year. The buildings that survived the dismantling are now owned by the Brussels municipality of Forest, and are used as a cultural centre for seminars, banquets and exhibitions. The Abbey and the site were classified as a historical monument in 1994.